Riding in the Zone Rouge

In May 1919 they had a cycle race in France and Belgium, taking in the battlefields and severely testing the endurance of the participants, many of whom had only just returned from the army.

This book describes the race and sets it against a modern cycling tour following the route, along with a travelogue based on the two wars fought in the area – the Franco-Prussian War and the Great War.

I haven’t been on a bike for forty years, but I like travel books and I’m very interested in history, particularly the events of 1919, so it was an obvious choice.

Cycle racing is tough these days. A hundred years ago it was tougher, with longer stages, rudimentary equipment and a ban on accepting outside help, whether from blacksmiths, teams or competitors. With the added hazards of war-ravaged roads and unseasonably bad weather it became less of a sporting event and more an endurance test. Despite many of the seemingly petty rules, there was no law against the use of performance-enhancing drugs (strychnine and cocaine in those days). This must have been a great comfort to the racers, particularly when weather conditions meant that several of them had to use battlefield ruins for a few hours sleep and shelter.

Most of the references to modern cycling went right over my head, though the contrast between the bikes and clothing of 1919 and 2019 is an eye-opener.

The Zone Rouge covered 1,200 square kilometres (460 square miles) in 1919. Even today it still covers 100 square kilometres (about the area of Paris). To be honest, I didn’t even know it still existed, or how the French and Belgians went about reconstructing their country. I am now better-informed about this, and a number of other subjects.

It’s a well written book by an experienced journalist and as such it has flow and pace and is a genuine page turner.

My least favourite parts of the book are the made up conversations between the racers. I’m sure they are accurate reflections of the conversations that would have been held, but they do blur the line between fact and fiction. As a device it works well and moves the narrative along, but I’m never happy with it in a history book. This is, however, a minor quibble and if this was the sort of review that gave stars I would give it five out of five.

This is the second post of the day, as it has been in preparation for the last few days. Unfortunately, politics intruded and although it gave me material for posts about judgement and a Fifty Foot Johnson I thought I’d go ahead anyway, rather than let it get lost in the unused drafts.

I couldn’t find the photos I was looking for, so I hope these make a suitable substitute. 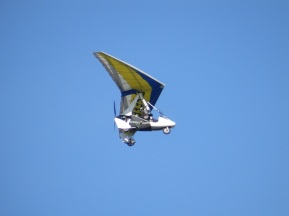 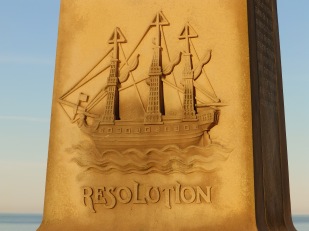 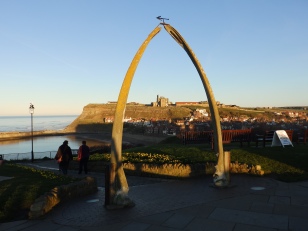 This group is from the Whitby area, in the days when we used to get into the car and drive where we liked. With hindsight, we should probably have done less driving, both from the viewpoint of pollution and cost. We will be making some changes once the lockdown finishes. 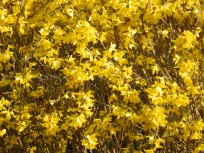 Spring flowers are always good – I am missing them at the moment as we live in an urban area and the local front gardens are a bit of a wasteland. We will be looking at the front garden with a view to making it more of a spring garden – at the moment it is great for butterflies and pollinators but it is only just about to start. We should look at starting the flowering earlier. We have said this before but always put it off on the grounds we have plenty of time. As current events show, this isn’t actually true.

Apart from driving where we liked, we could also have as much food as we liked. The fragility of our supply chain has been an eye-opener over the last month, as has the behaviour of panic-buyers. It has been very dispiriting to see pictures of bins of discarded food at a time when some people are struggling to get any at all.

After holding back and buying only what we needed, we spent a nervy couple of weeks worrying about supplies. If it ever happens again I’m not sure what I’d do, because our political masters and supermarket CEOs were wide of the mark when they talked of “plenty” of food being available and “robust” supply chains. I haven’t been able to buy flour or even a bread kit for the last month. We even had two weeks when we couldn’t buy courgettes or potatoes. 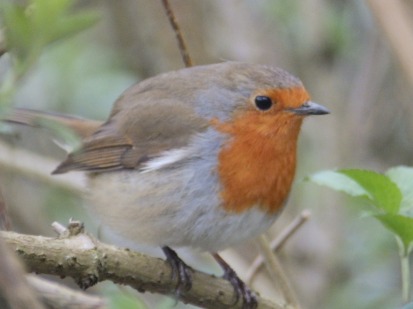 Robin in a Garden Centre Cafe

Finally, a few Robins and a sheep – something to look forward to as things return to something that resembles normality. I’m not sure they will ever be quite as they were because I sense we are all a little more afraid of what the future may hold for us.

It’s tempting to get philosophical and political here, but instead I’ll end with a feelgood story.

Number Two Son now has a bank account and a mobile phone. Mobiles are more expensive in Canada. He’s now searching for a job.

Number One Son set off this morning, had a few hours in China and is now back on the way to New Zealand.

We had a Chinese takeaway tonight. It’s cheaper with just the two of us. It’s also all the travelling we are likely to do this week.

That’s it for now.

I will have more time tomorrow.

Number Two son is in Toronto, has already arranged his national insurance number and is on the track of a job. This is all good to hear.

Number One son, meanwhile, is somewhere down south preparing to take a flight on Saturday. When he gets there he will be spending the first ten days travelling round in a camper van.

Ah, the carefree days of youth.

Julia had to wake me up the other day when she left me in the car whilst shopping, but it’s not the same thing as camping.

Most of the day was spent researching medals to go on eBay. I found a couple of interesting stories, which I’m writing up.

The Genghis Khan coin sold for £16. It’s cheap for 800 years of history and a link to one of the most famous names in history. But, on the other hand, it’s expensive for a piece of dust-gathering junk. It’s just a question of perspective.

I was expecting poverty, religion and racism and that’s what I got.

The religion, and its role in society was quite exotic for someone in the UK. For most of us, it doesn’t play a big part in our lives, and I’ve certainly never had my hair cut by a man who has his own church. I was hoping that he would visit a church that used snakes, but he didn’t. He didn’t eat much barbecue either, but I suppose you can’t have everything.

The poverty, on the other hand, is discussed in terms that seem fairly universal. Loss of traditional industry, lack of education, poor housing, production moved overseas – all of it could be true of many places.

It’s more interesting when he discusses the growing trend for African-American families to move into farming, and the various routes they have taken. Apart from that you can’t really tell you are in the South. Conversations in development agencies, for instance, seem to run along the same lines whether you are in the UK or the USA.

There was plenty on racism, including discussion of the Civil Rights movement and the current situation, which doesn’t seem to have moved on as much as you would have thought. I’m not going to develop this discussion because there is too much scope for putting my foot in it.  Just let’s say that it gave me food for thought.

To sum up, there’s a lot to this book, but while it gave me much to think about, it also seemed to leave a lot undone. It seems too long, partly due to digressions about previous travels and Southern literature, and partly due to repetition of things like Gun Shows, but in some areas it just didn’t go deep enough.

Not a bad book, but an unsatisfactory one. Would I recommend it? Probably not.

Sorry to be so negative for two reviews in a row, that’s just how it is.

I’ve already written about the Ospreys, in an effort to catch up from last week, and now I’m going to write about bad weather and bicycles because that was the story of the morning.

On the way into town we came to the junction where a bus lane and two lanes of traffic squeeze into two lanes. It’s where I lost my mirror to a badly driven bus a few months ago. It’s also near where the town gallows used to stand and conveniently close to a cemetery. A couple of years ago I was caught on camera there and fined £30 for transferring to a bus lane five car lengths too early. All in all it’s a junction of ill-omen.

On the approach to the junction we had to stop when a cyclist pressed the button to stop traffic at a pedestrian crossing before riding across.

Highway Code Rule 79:  Do not ride across a pelican, puffin or zebra crossing.

Once across the road he proceeded to ride on the pavement, forcing several pedestrians out of his way.

Highway Code Rule 64: You MUST NOT cycle on a pavement.  (Their bold capitals, not mine).

Fortunately, just when this was in danger of becoming a discussion about the lawless ways of two-wheeled reprobates, we spotted a second cyclist.

He was struggling in the rain and traffic and just missed being clipped by a bus mirror as he pulled out of the bus lane in front of me. After stopping he failed to get his shoe clipped back on the pedal and lurched in front of a second bus. As an encore he then repeated the manoeuvre and lurched the other way. Fortunately I was far enough back for it not to be an issue.

I have seldom seen such fortitude displayed in the face of  adversity. In the old days he would have been leading a bayonet charge or discovering the source of an exotic river. Modern life is short on bayonets and undiscovered rivers, so it’s nice to see an area of everyday life where fortitude can still be displayed.

These are some photographs Number One Son took on his recent trip to Vietnam. It’s a relief to Julia that he’s back safely because some of the airlines he flew with are more notable for cheapness than safety. 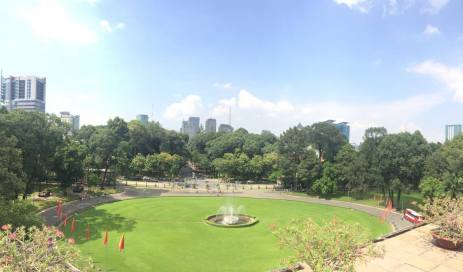 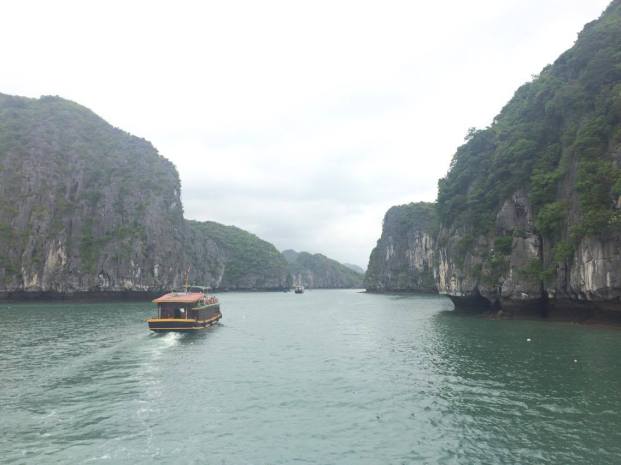 I’m not sure what they are of, but they look quite good, particularly as they are taken with a phone. I took some photographs on my phone today.  They weren’t as good as these, but wet ducks in Lincolnshire drizzle were never going to compete with the spleandour of the orient. 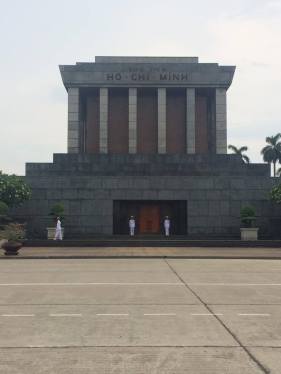 Looks like time for me to move over and make room for the next generation.