Written by Xenia Tran, who may be better known to users of WordPress as the author of Whippet Wisdom.

First, a disclaimer – my Kindle only does black and white so I can’t tell you what the pictures look like in colour. They are good, dynamic shots in monochrome, so I expect they will be as good or better in colour.

There are 59 poems in this book, which makes it a proper collection, with an identity and a life of its own. A lot of the books I’ve bought recently have been a bit sparse to say the least and have failed to pass this test.

I think this was probably a case of it being easy to overlook haiku when there are more substantial pieces to read, and when you are keen to read it to the end and see what it contains. A slower re-reading gives the haiku more chance to work on the reader. To be fair the real point is that I should read more slowly, rather than that the haiku are at fault.

So there you go, a good read and much better than the average offering. I’m looking forward to the next book now.

There is more information here if you want it.

Here are a couple of Clangers from Julia’s last Open Day, made by the volunteer who made Feathers McGraw. 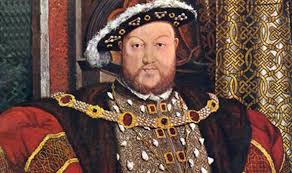 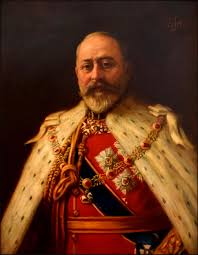 It was lighter when I left work tonight, which made me feel better.  I was also feeling happy because two of yesterday’s medallions (Sir  Francis Drake and Grace Kelly) sold overnight. They are now on their way to the customer.

I then started entering more items on eBay. We set ourselves the target of having 1,000 items of stock when I started in the shop, which looked like a big jump from the 600 we then had listed. When you consider the number we’ve sold, we must have entered around 2,000 items to get to this figure.

Here are some of the bits that went on today.

People collect Freemasons regalia keenly, and though there are collectors for Royal Antediluvian Order of Buffaloes (otherwise known as RAOB or Buffs) it isn’t collected quite as keenly. They are both mysteries to me, though they are popular with many people. There are other friendly societies such as the Oddfellows, Druids and Foresters, but their regalia is not so common. Many of them were set up to provide health and insurance benefits for members in the days before the welfare state.

The last bit is a locket with pictures of two Great War soldiers in it – probably brothers, or maybe father and son. It’s had quite a lot of wear and I suspect there is quite a story behind it.  We bought it with a Green Howards cap badge but the vendor didn’t know anything about the history. It’s frightening how quickly families forget.

As a man who is interested in the past, it can be an interesting job.

We’re closed until the 2nd January now, but as that is my day off I have four days of leisure stretching ahead of me. I wonder what I should do to fill the time…

I put a few medallions on eBay today. That’s the trouble with selling things – you need to keep putting things on to replace them.

Of course, not all subjects are equally interesting. Unless you are really into decorative lighting, or Olympia, or 1989…

A medallion of niche interest

We’ve just had the traditional turkey stew with dumplings. Julia made it while I was asleep in front of the TV. A good wife truly does have a price above rubies. After that we had Christmas pudding – we’ve been pacing ourselves.

Today in the shop we had quite a few customers plus a dozen parcels to send out, so it was busy enough to prevent boredom but not busy enough to be frantic.

All three of us ended up serving several times, which is a sign of reasonable customer throughput.

We also bought a collection of coins and medallions and some sovereigns, so it was lively in both directions.

I’m off to take Number Two Son to work in a minute and won’t have a lot of time when I get back (at about 11.15) so, having snoozed and eaten my way through the evening, I’m posting this quickly to keep up with the posting challenge.

I think this is day 82 of the posting challenge as I started it a few days before the haiku challenge.

Finally, for now, I’m suffering from my arthritic finger again. After following Tootlepedal’s advice to pull it and wiggle it I can report that it is considerably improved, despite the counter-intuitive nature of the treatment.

That’s all for now. See you later.

I’ve been plugging away at it for 79 days now, and have written well over 800 haiku, spread between three notebooks – upstairs, downstairs and in the car. You can’t afford to waste inspiration, and I’ve often done the daily ten whilst waiting in the car for Julia.

As a result I swear my brain is getting bigger and I’m beginning to resemble the Mekon.

Well, not in all respects, I’m not clean-shaven and I don’t sit in a levitating lifeboat. I will probably have to start eating fish to power all this extra grey matter.

In terms of enthusiasm I’ve moved from being happy with my newly developed facility for haiku writing, to being addicted, to hating them and back to happiness.

In terms of quality, I’m embarrassed to admit that 775 of the 800 I’ve written are not very good. On the other hand, the remaining 25 are better than anything I’d written before I started the challenge, so it has done some good.

There is an editor on one of the magazine websites who is very critical of people who write haiku in “industrial quantities”. That’s me he’s talking about. At one time I was depressed at the thought, but now I’m happy with it, as I have definitely improved despite my “industrial” approach.

It’s hurt at times but I think the learning has been good for me in the end. I got myself back into writing by buying a diary and writing something every day for a year (which I nearly accomplished) but the high intensity of ten a day for 100 days is a much more intense learning experience.

Of course, telling people about it to ensure it happened was a good idea, as I’d have given up weeks ago if it wasn’t for that.

I’d also make sure there was plenty of nature to see – 100 haiku featuring fallen or brown leaves can be a bit wearing. If I ever do this again I’ll choose a different time of year and do more walking.

The other thing I would suggest is that you should keep your haiku properly filed or indexed. I have 800 free range haiku and no prospect of ever getting them sorted.

I don’t often reblog anything, and may not have quite got this right, but here’s a link to a good fundraising idea.

I had some good news yesterday.

You may recall from a previous post that I’ve been worrying about various things. I’ve also noted a few loose ends – in the Bakewell post I said I’d explain why I was using the old camera, but I didn’t.

That’s easy – the socket on the new camera is getting a bit slack and it can be tricky  when downloading by plugging it directly into the computer. As the card reader on my laptop doesn’t work, and there is no card reader on my work computer I tried the old camera as I may start using it for work. Plug-in card readers always seem to fall apart so I have stopped buying them.

Another loose end – Number One Son and the cancelled trip to Innsbruck. Easy Jet are going to refund him for the flight and the Air BnB people have given him a 100% refund as they sympathised with his situation. That only leaves the flight home (Ryan Air) and the loss of the holiday but as he says – the flight home is a small price to pay and though he did miss the holiday he fitted in a day trip to Brighton and was amazed by the kindness of the Air BnB hosts, so it’s all good.

One thing I was worried about, after a couple of acceptances, was that I wouldn’t be able to live up to that standard again. As a result I’ve been messing around with haibun instead of finishing them, and feeling they weren’t good enough to send. I also missed the chance of a few submissions because I didn’t think I had anything good enough to send.

Anyway, I finally got fed up with my pathetically defeatist attitude and sent three more submissions off on Christmas Eve. During the afternoon of Christmas Day I was surprised to see I had a reply, which seemed very quick, very dedicated and, let’s be honest, was bound to be a rejection because acceptances take longer than that.

At least I had the monkey off my back.

However, I was wrong and I’ve just had another acceptance. I’ve also been given advice. This is good, as editors are busy people and everyone agrees that getting feedback is a good sign.

As a result I’m feeling far too pleased with myself. I really need to learn how to cope with acceptance a little better. I also need to alter that haibun I wrote about editors.

I also need to review the advice I gave about people boasting in Christmas Letters as I now find I’m not quite sure of the boundary between reporting success and boasting.

Day 79 of the Posting Challenge, or Christmas Day if you prefer. Twenty-one days to go.

I’m now watching a programme on Christmas songs, eating turkey and drinking wine. It’s strange to think that I once wanted to be spritual and sophisticated.

Hope you’re all having a good holiday.