I had my lie-in this morning and lay in bed reflecting on a pleasant evening with family the night before. Then I reflected on how much better my stomach was feeling since I’d had a couple of bottles of kefir and filled myself with several billion gut-friendly bacteria.

It seems cheap and simple to make your own. I may have a go, as it’s not cheap to buy ready made.

Then, as usual on a Saturday, I realised I was going to be late. Julia made me a jam sandwich for breakfast, which is nutritionally poor, but very pleasant despite that. I felt the need for strawberry jam  two weeks ago, and have been feeling much happier as a result.

I managed to get to the shop (several minutes late) but despite this was still the first to get his computer into action.

We had customers most of the day and plenty of parcels to send. Unfortunately, though we did our bit, the Post Office was unable to do theirs.  The closest one was closed for the day and the next one was staffed by a woman who claimed she didn’t know how to process pre-stamped parcels. She said she “didn’t unserstand all these stamps”.

It’s not the sort of food that you’d want to admit to, but it was very enjoyable.

If this was a food blog I’d tell you it was artisan pizza with mixed salads and craft cider. And I’d have remembered to take a photo.

I then searched for the washing machine change, packed the washing and went to do the washing. I expect, due to a touch of dramatic foreshadowing there, that you had guessed that.

Gave a lady change. I don’t normally do this, as I believe you should organise your own life, not expect me to do it, but she asked nicely.

Went round the duck pond. Reflected in a pensive and poetic manner. 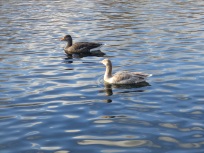 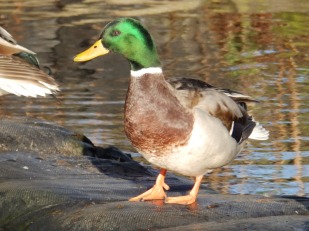 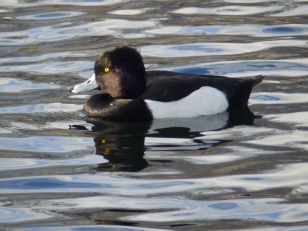 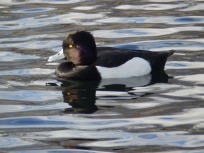 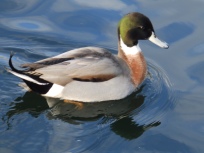 Put four bags of old clothes in collection bin. Julia appears to have been hoarding clothes since around the turn of the century.

Had curry for lunch (left over from earlier in the week). 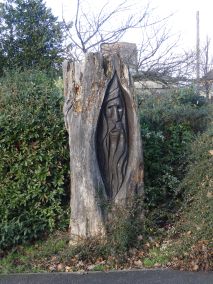 Fell asleep in front of TV.

Only just posted before midnight! 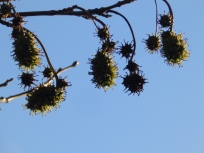 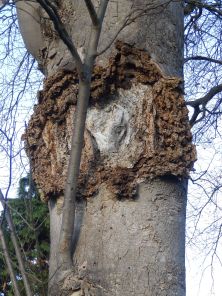 I’m not quite sure how to order the words in the title, so I settled for my order of preference. I like pizza, I sometimes like shopping, and although I’ve never tried it, I’m pretty sure I wouldn’t like death.

We had the pizza at Pizza Hut in Mansfield. It was the Lunch Buffet , featuring unlimited pizza and pasta with unlimited salad. They have improved the pizza selection since last time we had it. It used to feature very dull pizzas, such as cheese and tomato and cheese tomato and onion, which always made me feel I was being short-changed. That has changed and there was an excellent selection, including Hawaiian, pepperami, chicken and bacon, BBQ and Vegetarian. There were others too, but I  forget. The salad was OK, though the bowls were small so even Julia went back for a second helping.

The trick with all you can eat buffets is stopping before you are uncomfortably full. Or is that just me? Anyway, after eating two plates of pizza and two bowls of salad I felt comfortably full, and haven’t needed much for tea.

The shopping took place at the East Midlands Designer Outlet. It’s quite good, if you like walking round lots of shops that sell things you neither need or want.  Julia bought a flask and I bought some books. No suprise there, I suppose.

Finally, death. I had a few minutes to think, whilst sitting on a bench waiting for Julia, and for some reason started thinking of living wills. They asked me if I had one when I was filling in some of the interminable paperwork in hospital last week.

I don’t, and, after looking it up and finding out what one is, I’m a bit concerned that they thought they might need it.  I’m also concerned that at the age of 59 I didn’t actually know what one was. I assumed it was a recording you could play at the funeral for the assembled family with a few jokes, a bit of poetry and some wise remarks for the kids.

It could have been quite embarrassing to have handed the NHS a DVD with a couple of jokes and some paternal advice when what they really wanted to know was if they could feed me down a tube.

I think I’ll pass on that. I’m not sure anything worth eating can be fitted down a tube, apart from porridge and very thin chips.

Julia had an email tonight.

It seems that I am not an acceptable volunteer for the garden project because working with her will produce a conflict of interests. So, not only am unemployable (due to age, health and lack of qualifications) but I can’t even give my labour away.

As if this wasn’t bad enough I then Googled “pizza gardens“. This produced many references to round gardens for growing pizza ingredients with kids. I tried “pizza beds“, which produced a selection of duvet covers with pictures of pepperoni.

This wasn’t what I was looking for, so I tried a different way – Googling “paper cardboard mulch”. That produced the result I wanted. It seems I wanted “lasagna gardening”. That’s the trouble with advancing age, all foreign food merges into one.

Not only am I unable to give my free labour away, I can no longer distinguish pizza from lasagna.

Add my medical problems and I think my situation can truly be described as rock bottom.

Another Monday, and just when you think you are immune to surprises we walked into several.

Number One, a note asking me to clean up the desk and trays.

After biting back several terse and witty retorts I have cleared the desk and trays by putting every bit of paperwork that isn’t mine and filing it in a bin bag.  It’s a lot tidier now, I’ve done as I have been asked, and I’ve now made it someone else’s problem.

Number Two, a continuation of the tidying theme. I walked into the kitchen and found all my ingredients had been tidied away. Again, I thought we’d moved beyond this obsessive tidying behaviour. It isn’t cleaning, it’s just a compulsion to move things. So, as I got ready for the visitors I had to re-stack the shelves so that my ingredients were all to hand, just as they had been on Saturday night.

And finally, Three. Vicki was walking past the chicken coop in the barn (the one where we’d previously found the keets) when she heard cheeping. This time it seems to seven chicks. Seems like someone else decided to lay eggs on the top again. During the rescue mission two of the chicks fell to the floor and were promptly set upon by the chickens who live there. Fortunately they weren’t injured and all seven are now under a heat lamp. 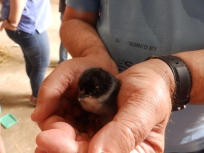 Yes, it’s been a day of unexpected happenings…

After all that the visit from the Guides, the pizza, the Butterfly Count and the climate measuring all proceeded according to plan. 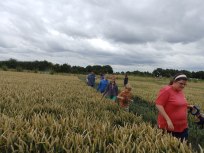 When you look at my titles you can see why Richard Curtis is considerably more successful than me, can’t you?

We had a school come out for an enhancement day  so just a short post.- working with livestock, making pizza and eating a foraged salad.  I’m hoping they felt suitably enhanced by the end, though I’m a little  concerned that a couple of them looked slightly shell-shocked by the end.

At lunchtime we had a party for Emma, then after filling the incubator, we went across to visit Margaret, the Farmer’s mother. She was 80 today. We had tea and cake. Then it was time to clean up, wash, change and go to the other party – the one with the canapes and cheese board. We finally left there as dark fell. 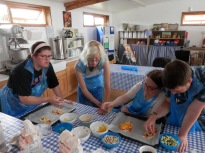 All in all it was a good day, but I’m tired and full now (possibly even replete) so just a short post. More tomorrow.

It started with an early morning shopping trip for pizza ingredients.

When we got to the farm a Common Blue fluttered by, which seemed a good omen.

Sadly it didn’t continue and in the absence of a mixer I ended up making 30 pizza bases by hand. As a result I now have an arthritic hand that feels like a baseball glove. When the mixer finally arrived I managed to do the next 60 bases in half the time the first 30 took.

Meanwhile I had a few incidents with clingfilm whilst wrapping the individual portions. If you’ve ever had dealings with oiled clingfilm you will know what I mean. If you haven’t, I’m sure you can imagine it.

I converted to foil for the last 60 – far easier, though it also had its moments. It was a surprise, on knocking the roll off the work top, to find it hit my foot like a an iron bar. When you look at the thickness of foil wound onto a catering size roll you can see why this feels so heavy.

I did grab a few minutes in the middle of the day – seeing three Small Tortoiseshells on the buddleia – it’s just coming into flower and the weather is coming right for butterflies.

Unfortunately I didn’t have time to take photographs.

I used the new Hobart mixer today.  Once we got it in the kitchen, and once we worked out the way to fit the guard so that the fail-safe let us switch on, it worked well. Our old one doesn’t have much in the way of safety equipment so this was all new to me.

Then the new incubator arrived. More about that later.

Finally, we rushed off and got Julia to work with four minutes to spare. She had been on the farm all day preparing a grant application and we had hardly seen each other. It’s the European grant, which is now corrected, completed and polished. We had an email yesterday telling us the fund may not exist now, but nobody is sure, so all that work may be for nothing.

It’s not quite the relaxed lifestyle we were hoping for, though at least the goats didn’t escape today.