We had fourteen parcels to pack and post this morning, which we managed in reasonable time. I was happily photographing and loading medallions on eBay when the boss arrived and hobbled through the door.

He has a bad back and stick that is too short for him – a recipe for disaster, as I know to my cost.

Then we had cake.

After that the other two went home, one to a pre-planned afternoon off and the other to an afternoon of stretching out with painkillers and hot water bottles.

That left me alone in charge of the shop. Just me and several thousand shillings.

Two hours later there were still several thousand shillings, but they were arranged differently.

When I write the chapter called My Working  Life – The Shilling Years for my autobiography it’s going to need some work. I may have to tell the story of how Kylie Minogue came in to buy Australian coins for her father’s collection.

She spent several hours picking over our fine stock of antipodean numismatic gems before noting the time and wondering if she had time to stay.

I should be so lucky

Disclaimer: Shillings, always Shillings… is a lazily written work of fiction and the author would be glad not to be sued by Miss Minogue, who has never actually been to the shop. Though she would be welcome to pop in if she’s ever passing. 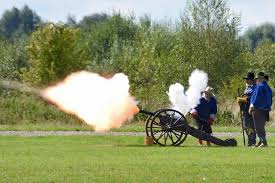 Guess what I did today?

That’s right, as the title suggests, I had a go at writing tongue-twisters.

In reality I mainly sorted cupro-nickel sixpences, which is not half so good as a basis for a tongue-twister, but in the WordPress universe things aren’t always what they seem. I, for instance, differ greatly from my blogging persona in several respects. In real life I am cynical, jingoistic and given to profanity. I also have a number of bad points.

I’m also disorganised and, after extensive browsing of ebay I have  seven minutes left to post this before midnight.

Julia had a restful day today and, as a result, is feeling better.  She seems surprised by this, despite events proving quite clearly that her bad back is linked to doing too much.

She’s just been reading a report on research done on Mensa members. It seems that the hairier you are, the smarter you are. She then offered the opinion that I should delay the remodelling of my beard, which I have been contemplating for some time. I’m not sure the correlation works quite as clearly as that, but it’s something to think about.

I wouldn’t want to decrease my IQ by cutting my hair, after all, by using ebay I’m already damaging my intelligence quite enough.

You don’t need a great deal of intelligence to sort shillings, lift boxes and organise accessories, which have been my main activities of day.

It was still light when we left the shop at 4.20, which is a good sign, and I took several shots of the sky at that point, before doing a few more in the supermarket car park whilst buying things for tea. I tried for some shots of the tiny sliver of moon but it wasn’t light enough and the long exposure meant that they all ended up shaky.