I’ve been struggling for inspiration over the last week, though some days (such as the visit to Bakewell and day of the sunset) have been easier than others. Here are a few more pictures on the street furniture theme, following on from the first post of a few days ago. I’ve managed to fit in a post about a Senior Moment and 20 Questions since then.

Part of the problem has been a lack of photographs as I haven’t been getting about much. I also buried the camera a couple of days ago whilst decluttering. In the initial stages I seemed to do more cluttering…

The bin, which you may remember from a previous post, is quite dull, despite having a Litter section and a Recycling section, and I only took the picture because Julia spotted the squirrel.

The bin in the gallery below is from the village centre at Heckington – it was on the buried camera when I wanted it so didn’t get used when I wrote the last piece or the post about visiting the village. 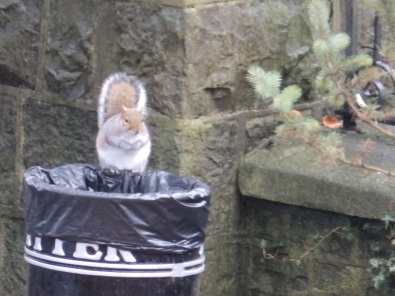 The squirrel in the bin – Clitheroe

There are ten waymarkers on the Pendle Witch Trail, with verses from Carol Ann Duffy. This one is in the grounds of Clitheroe Castle. 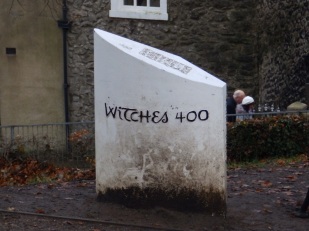 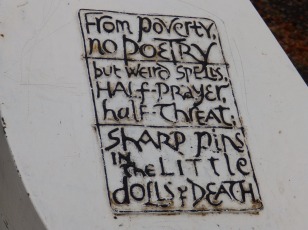 Next, we have more pillar boxes.

The Victorian one is in Stamford, the Edward VII in Orton Longueville, just outside Peterborough, and the one on the post is at Worston, at the foot of Pendle Hill. The final one is a George V box from the end of West View in Clitheroe – my family lived in West view in the time of George V and may well have used the box. 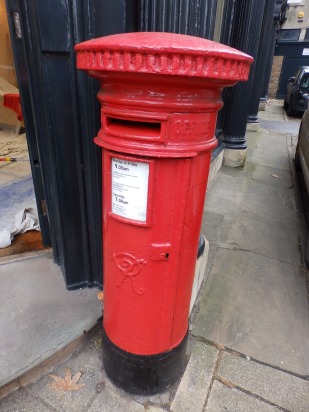 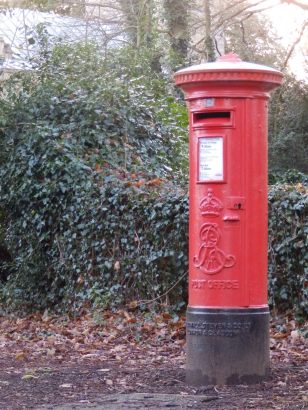 However, this doesn’t always work. If my family had lived in the village of Orton Longueville, just outside Peterborough, in the time of Edward VII (or Edward I of Scotland, as Tootlepedal will no doubt remind me) they would not have used that fine Edward VII  pillar box. It was only installed about 20 years ago, but they last a long time, and are often re-used. 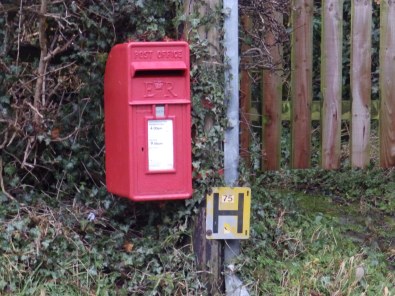 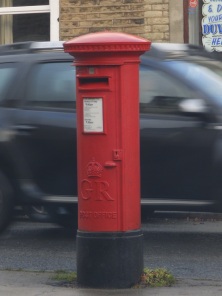 Strangely, if you type “Edward I of Scotland” into Google you get information about Edward I of England, who was known as the Hammer of the Scots. This is not very sensitive, and I am not at all amused by this. Naughty Google!

That, it appears, is why current post boxes in Scotland have the Scottish crown on them. When some were installed in Scotland with E II R on them they were vandalised (one actually being blown up) by people who objected to the cypher, as the current Queen was the first Queen Elizabeth of Scotland – or E I R.

As an aside, we had three kings called Edward before we had Edward I, as the English number kings from William I in 1066. We just don’t complain every time we have a new Edward, or blow up post boxes.

England and Scotland have had the same monarch since 1603, when Elizabeth I died and James VI of Scotland became James I of England. You’d have thought the Scots would have  let it go by now, but as P. G. Wodehouse said: “It is never difficult to distinguish between  a Scotsman with a grievance and a ray of sunshine.”

I’ve not taken many pictures recently, so, rather than do another post with no photographs I thought I’d do a quick post using photographs I already have. They aren’t, strictly speaking, all street furniture, some are just things I saw whilst walking down the street with a camera. 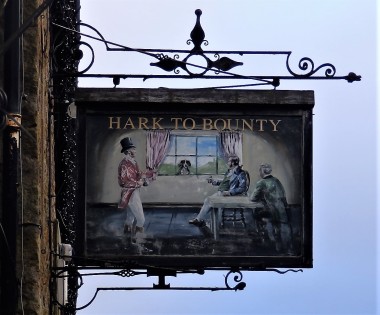 There’s plenty to see when walking down the street, but I don’t often take the chance to picture it because I’m always worried about photographing people as they walk past. People can be very strange in their ideas about the internet and photography. I know, from seeking photo permission for various children’s events, that parents worry about you making money from it (I wish I knew how) or worry about strangers seeing them (crediting the internet with a power I’m not sure it possesses). I suppose these fears are the lineal descendents of the fear that  cameras steal souls. 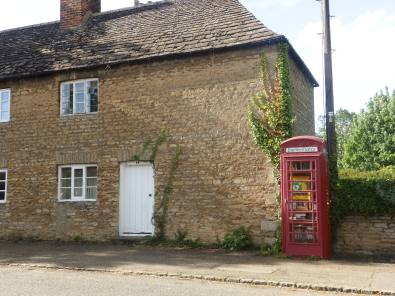 Fotheringhay – cottage and phone box with library and defibrillator

Most phone boxes are now out of use (mobiles having made them redundant) and are now in use as homes for defibrillators, community libraries or spiders.

The bananas are from the old Fyffes warehouse in Sneinton Market in Nottingham, the bench is from Heckington and the round plate, which you may recognise from the Snape Maltings post, is known as a patress plate. I didn’t know that until I looked it up. Education and blogging, once again, go hand in hand.