I wrote this last night, with the intention of posting it in the morning. That way, I thought, I’d come home to a selection of comments and I wouldn’t have to rush to write a post tonight.

As you’ve probably guessed from the opening paragraph, things didn’t work out.

I’m not exactly clear what I did, but the absence of post tends to suggest that I shut down without saving. Yes, it’s thirty years since I first laid hands on a computer and I now know less than I did in 1987.

So here it is again.

It’s a big lake, and there are plenty of birds about, but they aren’t the most interesting selection of birds. Swans, Canada Geese, Greylag Geese, Mallards, Tufted Duck… 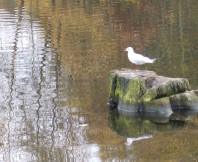 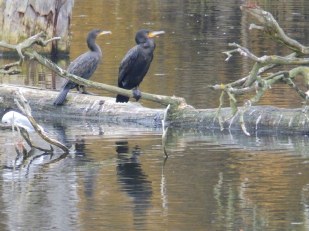 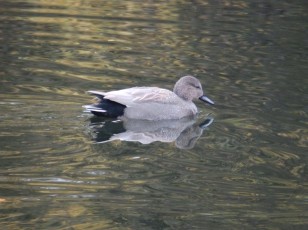 As you can see from the photos there were Shovellers, Gadwall, Cormorants, Goosanders and Black=headed Gulls.

At Arnot Hill Park, or even at Rufford, the scale is more manageable, and you are generally closer to the birds. There’s a little more excitement at Arnot Hill, because you are never quite sure what is going to be there, and at Rufford there are plenty of woodland birds as well as the waterfowl.

To be fair to Clumber, I only ever scratch the surface – it’s so big. The main thing I go for is the end of the lake with the dead trees and Cormorants. In the 1980s and again at the start of this century, mine workings subsided near the end of the lake and the resulting low ground filled with water, drowning the trees.

When I first visited Clumber in the 90s there were more dead trees in the water and they were full of Cormorants. Now when I visit there are just a few trees and a handful of Cormorants, but there is still a possibility of interesting photos. Sadly there were no good Cormorant/tree photos to be had, but I did get a heron on a tree. 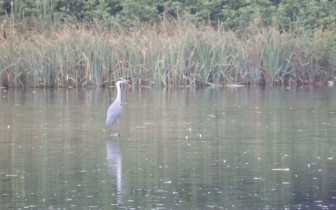 Heron in a pond 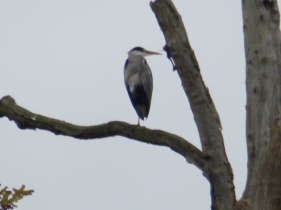 Heron in a tree

I also saw a family of Long-tailed Tits, a Goldcrest and a dozen squirrels, but couldn’t get decent photos of any of them. The only in-focus Long-tailed Tit was so badly framed all I pictured was feet and belly.

20 thoughts on “Some Birds at Clumber Park”