I’ve been stretching and exercising and generally paying attention to my legs, which has improved things greatly. . I am now able to walk more or less painlessly and only need the stick for balance. At that point it seemed like a good idea to take a trip to the park and walk round the duckpond.

After all, what could possibly go wrong?

We got off to a bad start when my poor, stiff legs refused to cooperate, and only just made it to the first bench. Julia went for tea, biscuits and duck food while I sat and watched wildlife. Things are starting to happen in the park, with lots of leaves breaking out and a plenty of birdsong. I managed to miss photographs of all the singers. The best I could do were various blobs lurking, out of focus, behind twigs. A Long-tailed Tit spent a good ten minutes doing this. I can only assume there is some evolutionary benefit to annoying photographers.

Alternatively, bearing in mind the possibility that birds sing simply because they enjoy it, maybe Long-tailed Tits just enjoy winding me up. 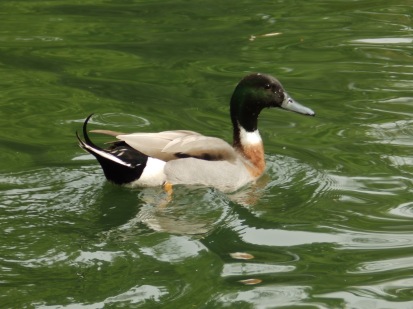 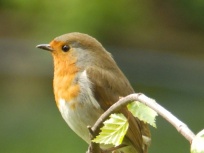 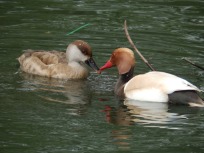 There are at least six pairs of Greylag Geese on the pond, though it’s difficult to tell as they lurk behind the island. There are also six Red Crested Pochard – two pairs and two single males. The only nests we can see so far are two Coot nests. 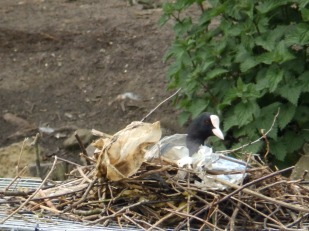 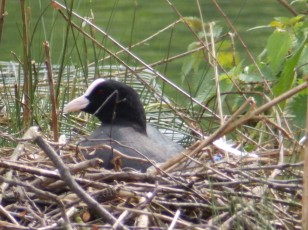 The Odd Couple are still hanging about, but I don’t hold out much hope of breeding success.

Eventually, having taken tea and biscuits and tutted at the antics of various hellish toddlers, we set off and completed the circuit. I did need a bit of assistance from the stick in the last few yards.

Four hundred yards round a duck pond is hardly an expedition, but it’s a start.

16 thoughts on “Road to Recovery”