We went to Old Moor, an RSPB reserve in the Dearne Valley between Barnsley and Rotherham.I’ve never thought of this area in relation to birds before, but there are 250 acres of wetland with a variety of hides, toilets, shop, cafe and bird garden. With our new RSPB membership cards it was too good to miss.

Things got off to a shaky start when we left the cards in the car and had to walk back to the far end of the car park to get them.  After that things were pretty good and although we missed the bullfinches that are supposedly common here, we still built up a list of over 40 species from just half of the reserve.

We started with the Bird Garden, which is a piece of lawn between the back of the Visitors’ Centre and an area of woodland. It is well provided with feeding stations and natural-looking perches (including a fork handle for the traditional Robin shot). Only one bird selected the handle while we were there – a Great Tit. So much for tradition.

From there we moved on to look at the display garden and the Tree Sparrow Farm, an area of grassland and hedges with a large number of nestboxes. They claim to have a colony of 250 Tree Sparrows but only two popped by to visit, and neither of them posed for us.

I also had trouble getting a good shot of a Stock Dove as the Wood Pigeons kept chasing them.

I will show a selection of photographs rather than list everything we saw. 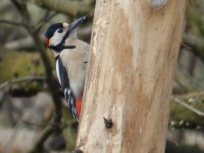 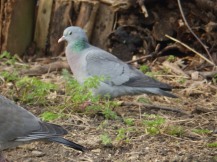 Chaffinch in the Bird Garden 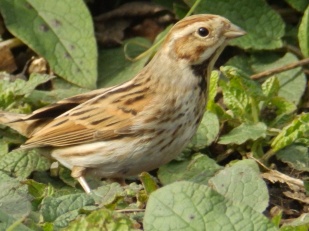 There were plenty of ducks about, and a selection of waders. The light started deteriorating as the afternoon drew on so I don’t have as many shots as I would like. I was lucky in getting a couple of good shots of Dabchicks (or Little Grebes if you prefer formality) that came close to the hides. One, as you can see, managed to catch a comparatively large fish (which looks like a Perch in some of the photos). The size (and spines) meant it took a long time to swallow. The video clip shows the bird after eating; I think it’s trying to clean the fish slime off.

So, from birds at Rufford to Birds at Screveton. It may lack variety but once you have a good formula for a a title why change?

It started off with pied wagtails at the top of the lane, followed by a heron on the small meadow. Unlike last week I did manage to get a photo of it stalking the field margin. though they aren’t the best of shots.

I saw a Yellowhammer when we arrived at the centre but it flew off in a flash of yellow and wasn’t seen again.Most notable birds of the day were a House Sparrow and a female Reed Bunting. Apart from that we had Blue Tits, Great Tits, a Long Tailed Tit, Goldfinches, Greenfinches, Pheasants, Red Legged Partridges, Chaffinches, Dunnocks, a Robin, Blackbirds, a pair of Buzzards, a Herring Gull and a small flock of Jackdaws.

Heron in the small meadow 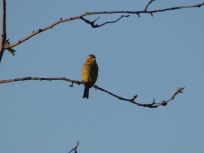 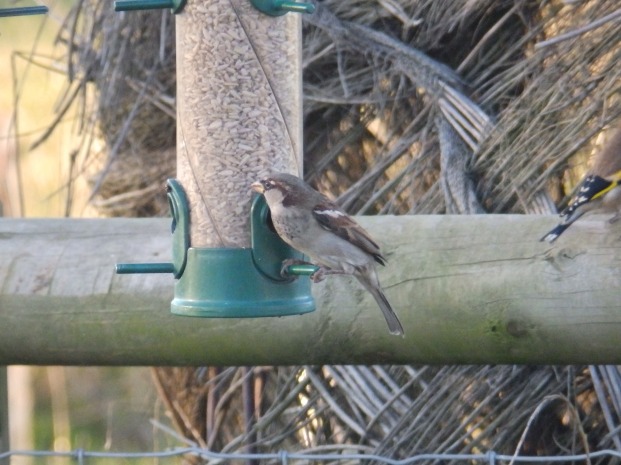 Male House Sparrow on feeder at the Ecocentre

The frustration of the day was that I just couldn’t get any decent photos. Dog walkers, members of the group asking “What are you watching?”, sudden noises from inside the building, shooting next door, camera batteries that ran flat – you name it, they all conspired against a successful day of photography.

The short day and long shadows didn’t help either.