…is paved with good intentions, as the proverb says. I can’t rid myself of a feeling of guilt as I think about missing a day of blogging, so here is another post I wasn’t meant to write.

I’m going to give in to the inevitable and keep writing, but on the days I was intending not to write I’m going to write, but without a word limit. This will allow me to stay free of guilt, but will not be too onerous. Until recently I tried for 250 words, then upped it to 500. Now I’m dropping it to 100, though in explaining that I’ve already done one hundred and five words. One hundred words is not an onerous task.

Lockdown news is that all the people who went to Spain are complaining that it’s unfair they will have to go into quarantine on their return. Well, if you go on holiday to Spain, in full knowledge that there is likely to be a second peak, you can’t, in my mind, complain when the second peak comes and the Government takes decisive action.

A doctor was on the news this morning saying that he couldn’t take two weeks off to self-isolate on his return because he had an important job to do. Shame he didn’t work that one out before going on holiday to a virus hot-spot. It’s not him I feel sorry for, it’s his colleagues and patients.

The scenario was completely forseeable and anyone who has been inconvenienced by the Government’s swift and decisive action must hold themselves to blame.

I complained earlier in the year about lack of Government action, and am glad to see they are taking action now.

So there you are, I am not feeling guilty about not writing a post, I have done a moderate number of words and I have expressed disapprobation of all the whining British holidaymakers in Spain. I like this new, non-blogging regime.

Yellow flowers – I really must look it up

It’s Cordyalis Lutea – thanks to Tootlepedal for the suggestion. It sounds like the sort of plant for me.

Pictures are spares from yesterday.Having not taken a foreign holiday since my hovercraft trip of 1975 I don’t have any pictures of me sunning myself abroad. In fact, as it was a day trip to rainy Calais, I didn’t do a lot of sunning in 1975; I ate snails and I watched people being sick on the roughest hovercraft trip in history (the pilot’s words, not mine).

Elderly man in search of a Profile Photo

I tried several shots. Julia says the ones with glasses are better as you can’t see so much of my face. The hair makes me look more surprised than I actually am. I was holding the camera and pointing it at myself so the photograph was not really unexpected.

I’m not sure where to start today’s blog. Perhaps I’ll start with the the woman on the mobility scooter who sounded her horn at me because she thought I was holding her up as I walked along a pavement with my walking stick.

It probably isn’t legal to zip along the pavement sounding your horn and imitating Boadicea, as we always used to call her before we were told Boudicca was the proper name. Even the spell-checker doesn’t like Boudicca.

However, unless I’m going to set myself up with a bodycam I don’t suppose I’ll be able to do much about it. 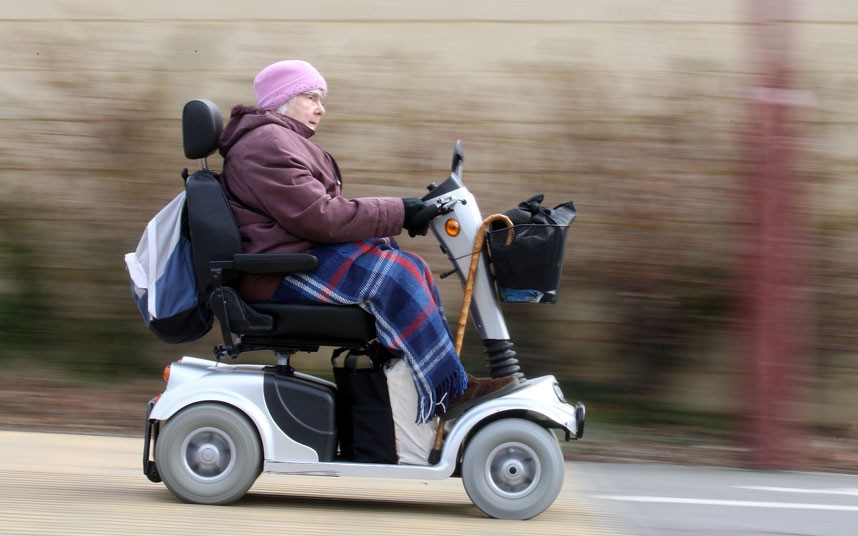 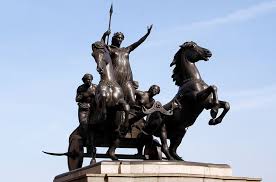 That has set me thinking about old people and an experiment I have in mind. We have an endless supply of them, so if we lose a few along the way I don’t suppose it will matter. Well, it will matter to them, but it won’t matter to me.

My idea is to fit Mobility Scooters with defibrillators wired into the horns. Sound your horn at me and you will get a high voltage reminder about courteous driving.

OK, it might see one or two of them off, but in conservation terms they are of Least Concern so it’s not like losing a Black-Footed Ferret or an Orangutan.

This way we can teach the drivers better road manners and, in all probability, liven some of them up. The unlucky few who can’t cope with 1,000 volts will serve as an example to anyone else who wants to run me down on the footpath.

(Two cautionary notes before any elderly readers get upset – I’m old too. I’m officially old enough for free prescriptions and tonight, at the pharmacy I wasn’t quizzed as to whether I had to pay for prescriptions. Though I’m not yet old enough to spread terror on the footpaths in a mobility scooter.

And two, a serious point – I was once rammed in the back of my legs by someone driving one of these scooters in a Supermarket. They need tests and they need insurance! And I need protection.)