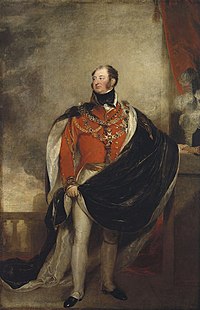 We had seventeen packages to send before lunch yesterday. One consisted of 200 coins, which needed sorting before packing. It was hard work, particularly when besieged by phonecalls from people with “rare” and “valuable” coins, and a couple of people with “urgent” telephone orders.

It was very tempting, but I behaved in a a cheery and professional manner and nobody was advised to go away and stop bothering me.

Then we went to Sheffield to clear Number Two son’s room. It was hot and traffic on the M1 was slow.

On the way back we stopped at a service station to empty my aging bladder. I treated Julia to a drink and a pastry while we were there, and handed over the equivalent of an hour and a half’s work for two coffees and two lemon tarts. Food for thought…

In the evening I pottered about on the internet. I was doing some research on medals when I found a picture of an avuncular old cove who, with the addition of a beard would very much resemble a whisky-drinking Santa Claus.

The photograph appears several times on the internet so I’m hoping nobody is going to mind me using it.

That led on to the Sealed Knot Book of Remembrance, which, in turn, led to a maudlin half hour of reading and remembering.

I didn’t feel like writing much after that so I turned to writing doggerel for the daily post. I’m trying to become more regular in my habits.

I didn’t really know anything about the rest of the Carus family – my Grandmother had been brought up by her mother’s family after she was orphaned and her uncles had all  died before I was born.

Because Isaac was Isaac Newton Carus and Walter was Walter Dugdale Carus, which were both distinctive, I checked them out through the army records – there were only 16 entries for Carus in the medal record cards so I thought I had a good chance. Isaac N Carus popped up – entitled to the British War Medal and Victory Medal with the Lancashire Fusiliers. There was a note on his card that he had enlisted on 8th December 1915, several months before conscription, and had been discharged on 12th September 1918 under King’s Regulations 392 xvi. This is a catch-all regulation – “No longer physically fit for service”. It could be through wounds, disease or other causes. The next step was to check what they call the Silver War Badge Roll – it provides the additional information that I N Carus served overseas, was 39 on discharge and was issued with badge number B6.

The Silver War Badge was first issued in September 1916 to servicemen who had left the service for a variety of reasons and was meant to show that they were not shirkers, deserving of a white feather. The first 450,000 men were given badges with no prefix, then they started the badges with the B prefix. Great Uncle Isaac was 6th on that list.

That was where I had to leave Isaac for the time being.

I was, however, able to pick him up quite easily when I took a look at the papers as he was the first Carus reference to come up. He died in Blackburn Royal Infirmary on 17th May 1947 at the age of  68. He is called “one of the best known Clitheronians” and had been badly disabled after being wounded with the Lancashire Fusiliers in 1917.

He worked as a printer, ending up with the Clitheroe Advertiser, but had to retire in 1925 due to his war injuries. He was active in the Oddfellows, the Weslyan Church (a Sunday School teacher for over 20 years) and the cricket club. He played football in his youth and was a regular in the cricket team (mainly as wicket keeper for the seconds) until his wounding, after which he became scorer and joined the committee.

He was survived by his wife, two sons and two daughters. The sons both served in the Second World War and survived to play in many post-war cricket matches.

Unfortunately I have no photographs, but am working on that.