After a holiday season of dreadful  TV I’m happy to report that last night’s viewing was Calendar Girls. It was the second time I’ve seen it and I enjoyed it immensely. It’s a fantastic cast, great script and heart-warming story.

That set me up for a leisurely day.

I won four games of dominoes in the afternoon. The opposition was mainly provided by a ninety-year-old man who has trouble remembering that I’m his son, but you can only play what’s in front of you. My wife and sister both play to let him win but I think that’s discourteous, Anyway, when we played last week he wiped the floor with me despite my best efforts. He may be gradually forgetting everything he knows, but he’s successfully clinging to his domino skills.

This is the only thing of note that happened today, unless you count getting stuck in a chair.

We had a cup of tea in the newly refurbished reception area of the care home, which was very pleasant. When it was time to leave I found that the chair was clinging on, like an inappropriately affectionate koala. I really must lose weight.

We had salad and gala pie for tea on our return. Julia has just gone to the kitchen for cheese.

All in all, this has been a satisfactory sort of day.

The header picture is self-explanatory if you’ve seen the film, or mystifying if you haven’t. Same goes for the title.

The header picture is Julia sitting outside the Bakewell Pudding Parlour. Last time she was left to her own devices here she ended up buying macaroons. I’d forgotten all about that, and, once again, failed to supervise her in an appropriate manner. She emerged with teas, bakewell puddings and cheese pasties. She keeps feeding me despite my diet. When I say pasties, by the way, they were monstrous. They were big enough to use as hats. It seemed rude not to eat it, even though it contains a possibly lethal dose of fat and calories. 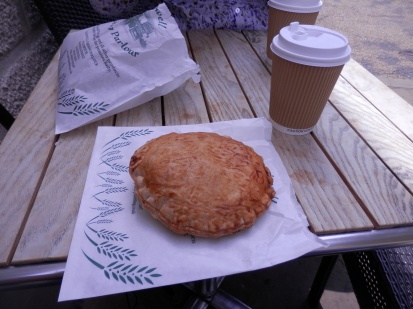 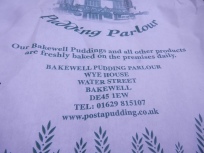 Where to eat your pudding 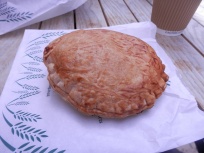 However, I’m not going to talk about pasties, because this is a chronicle of scones. So I’m going to talk about Bakewell Puddings. There’s only so much you can say about scones, and I’m short of ideas for places to visit at the moment. My brain seems to be working rather slowly at the moment. I swear I’ve declined in intelligence over the last few months. Much more of this and I’ll have no option but to embark on a political career.

The Bakewell Pudding, as made in Bakewell, is not the same as the shop bought Bakewell Tart, which is generally an iced cake in a pastry case.  I’ve not made a Bakewell of any type myself, though I have made frangipanes with Cape Gooseberries (physalis, inca berries, ground cherries – it has so many names).

Today’s puddings were great – flaky pastry cases full of sticky deliciousness. Julia didn’t care for them, preferring something less sticky. It’s an ill wind that blows no good, or, in other words, I ate hers too.

In truth, they will never replace scones, but they are a pleasant change and it seems silly to go all the way to Bakewell to eat scones. 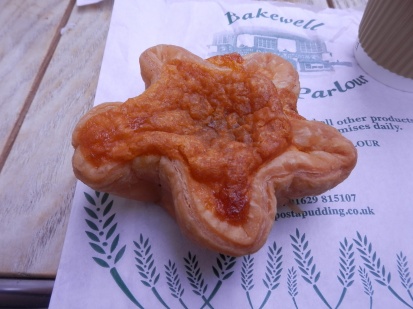 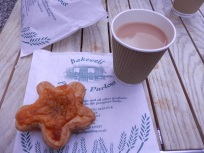 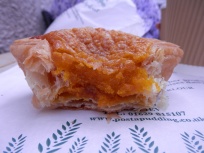 I also bought a few books, so it was a good day.

We had a good day today, as I said in the previous post, despite the rain.

It started with a breakfast at McDonald’s, which I view as a treat when taken in moderation. I didn’t bother to tell Julia that I’d had one after yesterday’s blood test in case she went all diet-conscious on me.

After that we moved on to a doughnut and a cup of tea at Sainsbury’s in Matlock. Julia resisted the doughnut and just had tea, but I was in a relaxed holiday mood. We didn’t actually stop for tea, it’s just that I have a Pavlovian response to seeing a teapot. We actually stopped because my breakfast tea had worked its way through. This tea and toilet cycle was to be a feature of the day. 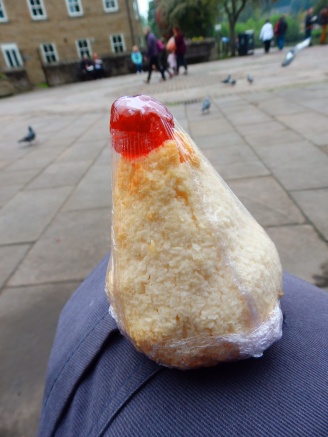 One of the famous macaroons 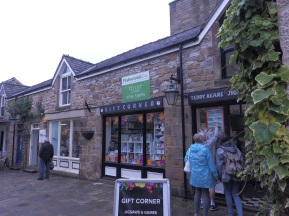 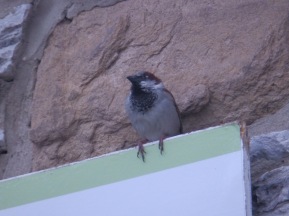 Next stop was Bakewell, which was the point of the day. We were looking for a birthday present for Julia’s sister and an internet search had located the item we needed in Stone Art in Bakewell. You may recall that we went there some time ago and bought a pendant for Julia. This time we bought a pendant for her sister. Pendants are good for presents – no need to know a finger size and no need to know if someone has pierced ears.

I had checked my bank balance when we were in Sainsbury’s, so I was able to do the decent thing and secure a pendant for Julia. 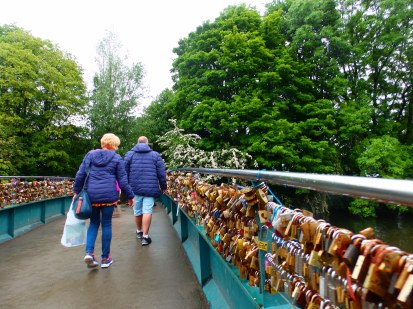 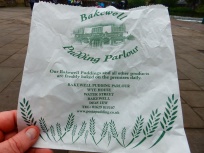 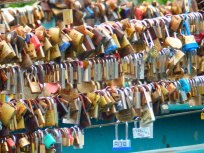 We paused to take the customary pictures of the locks on the bridge, and the trout under the bridge before crossing the river to the car park, which is where the previous post starts. Sometimes I confuse myself with all the time shifts, but I wrote these two posts in order of how much the events annoyed me, and it’s much easier to get annoyed about closed toilets than it is about buying jewellery. 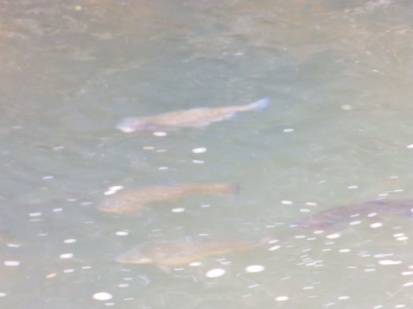 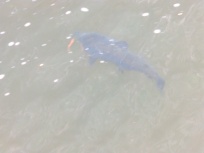 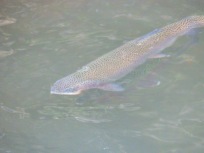 We got caught behind a wide load coming down the Via Gellia and the satnav picked a peculiar route through Matlock on the way back. I hadn’t used it on the way to Bakewell and was only using it on the way back because I hadn’t switched it off after using it to get to the bookshop. It doesn’t seem to know there’s a by-pass these days.

Finally, back at home, we found a letter from the anti-coagulant service – I have four more weeks until the next blood test, having hit the target again. This is good news, particularly for my inner elbow, which was starting to get quite tender.

We then had seafood linguine and Bakewell pudding and custard for tea. Julia did the cooking and Number 2 son did the washing up.

All in all, an excellent day. And I still have material for another post.