The week got off to a bad start when I turned up and found that the roadworks outside the shop, far from being “finished in a week” were looking worse than ever and the signs diverted the public through our car park. No point quibbling, builders just do what they want.

Then, looking for something where it should be, rather than where it had been randomly stashed by one of my colleagues, I fumbled the whole lot and dumped a box of coin sets on the floor, breaking several cases and letting a number of coins run free. twenty seconds later I had one of those premonitions and turned to find a couple of nuns looking at me as if they’d never heard a man swear before.

Though the meek many inherit the earth, the visitors they encourage tend to pass off a lot of foreign coins in the collection boxes, which they bring to us after it has built up enough.

As if this wasn’t bad enough my lunchtime sandwich disintegrated and spread a film of Marie Rose sauce (or Thousand Islands Dressing if you are American) and wholemeal bread crumbs over my keyboard. Then I produced a listing for Swiss coin sets that looked like it had been typed by a man with broken fingers. Some fo this was my ineptitude

I’m currently sitting at home typing and wondering why I bothered getting out of bed this morning. Very little has gone right and  have left my camera at work again, even though I wanted to use it for something tonight.

Warning – I am experimenting with being an unreliable narrator, as we writers say. Which of the above facts do you think is a lie?

It’s hard to dislike any day as I’m approaching the age at which FDR, U S Grant, General Lee, Alfred Nobel and Audrey Hepburn all died.  The are are others, but that is enough for now. If you are of a similar morbid turn of mind you can look things up here.

However, of all the days of the week, Friday is probably the one when I am least pleased to wake up and realise I have survived another day. It’s the only day of the week when I have to go to work, so it’s tainted with the “back to work” feeling that I remember from the days I had a job I ‘didn’t like.

It started off badly when I couldn’t find some of the things I needed for parcels and ended badly when I got into a queue at the Post Office and found I was behind someone with a rudimentary grasp of parcels. He ended up having to repack it at the counter as he was returning some mail order clothing and thought it was OK to bundle it up in a plastic bag and leave the return address inside. It’s possible that postmen in his country have X-Ray vision, or just open parcels as a matter of course, because it took a lot of explaining before he grasped the idea that the return label should be on the outside.

Meanwhile, a man has just started a complaint against us on eBay as he hasn’t had an item he ordered. He ordered it last Friday, so at best it’s only been a week. A week is a bit soon to start complaining, even at the best of times. In times of COVID it’s definitely a bit too soon. He ordered after we closed on Friday, we posted it on Monday, the next day we were open and it has, since then, been in the hands of the Post Office. Words do not fail me, it’s just that they aren’t suitable for polite company.

That sums up my day. Fortunately, better weather is on the waya nd Spring is just around the corner. Six more weeks and I might try smiling again.

The night sky is a shot from January last year, when I actually used to go out and take photographs.

It’s been a bad day and it’s going to get worse, I can tell.

First of all, I arrived for my blood test at 7.03. I was seventh in the queue but, despite the phlebotomists allowing themselves to be diverted by a number of things, they managed to see to me by 7.20. That left me very close to the time allowed for free parking, but just a few frustrating minutes over.

I then went to McDonalds to eavesdrop and drink coffee. Er…and have a sausage and egg McMuffin. I have no willpower.

The phone call at lunchtime told me that I’d failed the test and need another one next week. Their first suggestion was that I should go to a hospital and be tested whilst on holiday. I said I thought this was unlikely to happen, particularly as Julia had not expressed much of an interest in touring NHS waiting rooms while we were away.

So they are going to test me on Friday and then leave me alone for a week. They are, it appears doing me a favour.

Things went well after that for the rest of the day, then I got home. I had a letter in a plain white envelope. I nearly binned it as junk mail as most people mark the envelope with at least a return address. Fortunately I opened it, and saved myself £30. It was from the council. In between cutting back on bin collections and social services and splurging money on consultants and office decoration they find time to fill the city with cameras and appoint themselves Guardians of the Bus Lanes.

It seems when I went to my last blood test I turned left out of city hospital and left again (yes, it’s the way to McDonalds). This took me into a bus lane. They aren’t always easy to spot. I use that road frequently when the bus lane isn’t in use, but hardly at all at that time in the morning. As a result I cost myself £30, but if I’d thrown the letter in the bin it would have cost me £60 for failing to pay.

I then went on the internet to book our holiday. I’d not quite managed it last night when the special offer link didn’t work. I’m supposed to be able to save 15% by using a link from Travelodge. What they don’t tell you is that there’s a time limit and a limited number of rooms.

When I got home tonight I had another email to tell me I could qualify for a 15% discount. So I clicked a link to a hotel they provided and…drum roll…found it didn’t work. It’s incompetent at best, but possibly also dishonest. And an idiotic waste of time.

Of course, the best bit is that when I left the hospital this morning I turned left, then left again…

I’m seriously thinking of just curling up in a ball and refusing to move. That way I can stay out of trouble. Although, when I think about it, it isn’t a strategy that works well for hedgehogs. 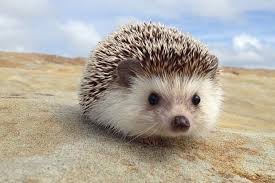 What set me off on my day of misery was the glass in my sandwich. Luckily I felt it with my teeth first, and didn’t swallow it or I may well have been writing this from hospital. I can only imagine the inconvenience of swallowing glass, though I expect this is nothing compared to the awkwardness of dealing with it at the other end.

Anyway, I didn’t swallow it.

I did, however, lose any vestige of cheeriness my day may have contained.

This wasn’t just because of the glass, but as it was in a sandwich with cheese, pickle and seeded bread I don’t know who to blame. I may write to all three of them. I am 60 you know, and I’m allowed to complain. I’ve spent the last thirty years practising for being a miserable old git; it would be a shame to let it go to waste.

My attitude is further darkened by the fact I cut one of my fingers whilst cooking. That’s an occupational hazard, the really annoying thing is that it’s my typing finger and the plaster keeps causing typos.

Anyway, must go now, as I have a meal to serve.

Assuming that it’s cooked properly and doesn’t poison us I will probably burn myself.

It’s been that sort of a day.

Or, as the Chinese proverb says: A Man Without a Smiling Face Must Never Open a Shop. I’m dubious about many of these so-called Chinese proverbs, but the content is accurate, even if the attribution is not.

I’ve been unloading the stress of the day by complaining about roadworks, emails and various other things when I thought I’d look up the ten worst days in history. Compared to them I’m doing well. I have not been killed, tortured or rendered extinct today. Nor am I hungry, thirsty or in fear of my life.

In fact I’ve had a more than adequate day. It would have been better for the absence of roadworks, emails and the variety of other things that happened, but we did make jam and  biscuits, we did start to get the Technicolour Dreamcoat song right and we did have a visit from a representative of the Woodland Trust, who thanked us for our efforts in tree recording, gave us gifts and delivered copies of the latest report. It’s nice to be appreciated by someone. Sound people, the Woodland Trust, and I’m not just saying that because I’ll be needing a job in a month’s time.

Quite apart from the work they do with the farm, they have supported Quercus in various ways over the years and always treated the group with respect. Working with them is one of the main things we are going to miss when we leave because it’s a proper project with the possibility of important results. It’s a bit more serious than looking after a few hens or making biscuits, though I do like chickens and biscuits. Mainly biscuits, if I’m honest.

Anyway, back to smiling – it makes everything seem better. I could have made myself quite miserable by moaning about my day, but instead I’ve made myself happy. (Though that may be because of the biscuits).