We managed to get one of the waste bins partially dismantled, which gives us the basis for a planter trough.

There were eight screws on the hinge and five came out easily. Two came out less easily. And the final one wouldn’t budge. I applied my jemmy. It still didn’t budge. Eventually I had to drill the head of the screw, which finally worked. Only two more to go, plus a bit of internal remodelling. 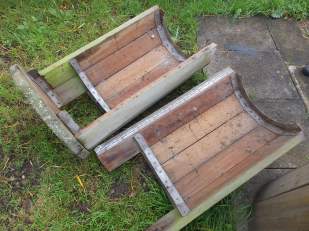 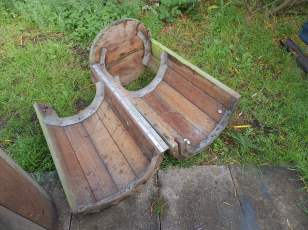 I feel a bit retro using the term jemmy, it’s one of those words from the world of pea soupers and mysterious foreigners in Limehouse, along with rozzers, darbies and petermen. A lifetime of reading classic crime has certainly broadened my vocabulary.

It’s an on-going process, and we’re going to have a bit of work to do yet, but it seems a shame to throw them out.