We did expect snow this afternoon, it was just that we were expecting it in a different place. It was supposed to be on high ground in Derbyshire. Instead, it snowed on the low ground of Nottingham. 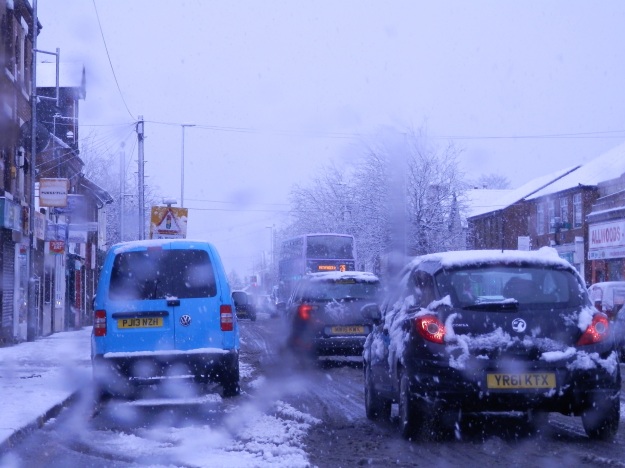 At 12.30 pm it started to rain. By 1.00 it had started to resemble a wintry shower.Then it began to look like snow, which it wasn’t, as none was forecast. By the time I parked by the side of the road it was beginning to stick.

I nearly went straight home, as I had things to do, but I went to visit the jewellers instead and watched from their office window as the flakes became larger and formed a four inch blanket of snow.

That, of course, was just the start of my problems.As I sat in the car to come home, the road seemed to fill with traffic. I cut through a side street and joined a main road. If only I had known what horrors lurked ahead… 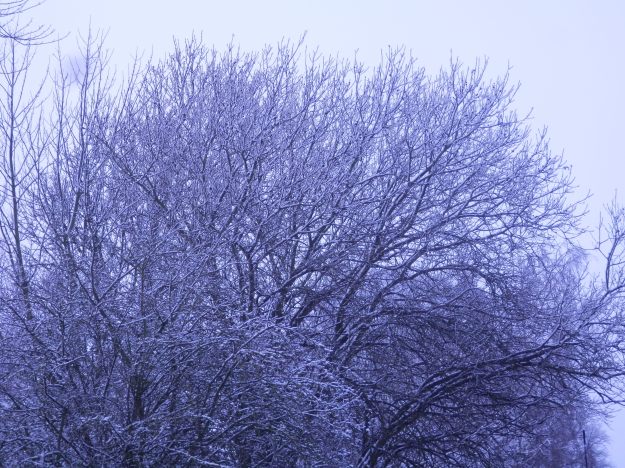 Snow in the Trees

I won’t bore you with details, but will merely point out that a fifteen minute journey took me two hours as the traffic system of Nottingham proved unable to accommodate snow and travel at the same time. I actually had to stop at KFC to use the toilets. Such are the demands of an ancient  bladder. 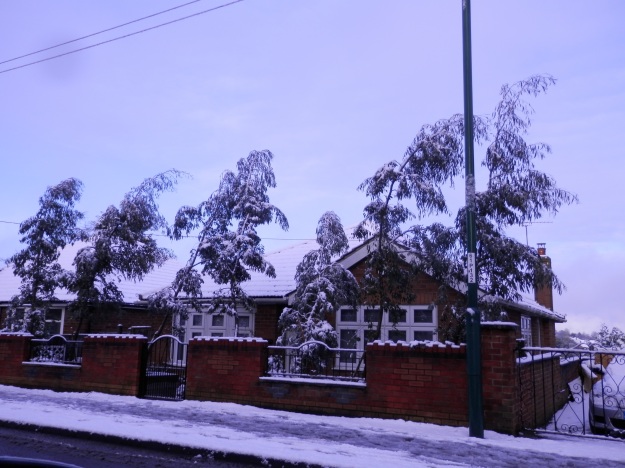 This gave me plenty of time to take photos, as a lot of the time was spent parked and waiting. It was, at the same time, both very annoying and an opportunity for photography.

It’s currently melting nicely, and I’m hoping that driving conditions will be good in the morning. 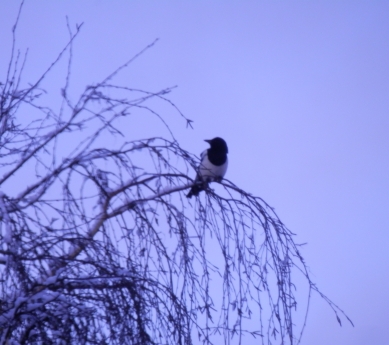 Magpie in the snow 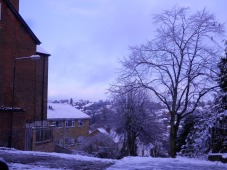 View across the Rooftops 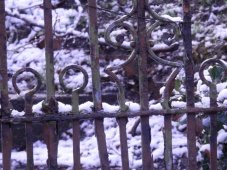 In the evening I battled with the remains of the day’s gridlock as I made it through to the Numismatic Society meeting. The speaker had managed to make it, so it seemed only fair to turn up, despite the temptation to stay at home. He was talking about his hobby – metal detecting – and was an entertaining speaker.  I now have just 4 weeks to prepare my presentation…

It seems the bridge will be staying closed for a few days more, and that the Highways Agency has been way out in its estimates of the re-opening. Julia is back on the bus tomorrow. I feel guilty but the bus was delayed badly today, and is likely to be delayed tomorrow, despite using bus lanes. In a car we have no chance of getting through without queuing for hours. 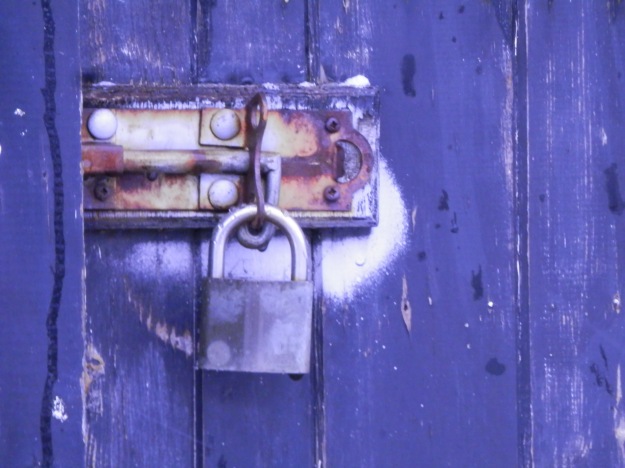 Detail on a Snowy Day

17 thoughts on “Some Unexpected Snow”