It’s a very modest collection, which was, partly, my intention when I started it.

The idea was to buy a medallion relating to every year of the 20th Century, and to do so with discrimination and economy. (Before you ask, that’s 1900-2000 because I can’t be bothered to argue about when a century begins and ends).

I’ve collected a number of things in my life but I’ve never really made a sustained effort, or had sufficient cash. Not that I’m pleading poverty, just that my eyes are bigger than my wallet. Once I’ve bought a few things I start getting ambitious.

Look at this one – linking piers and medallions. What better for a man who likes piers and medallions? It’s nearly 200 years old and it isn’t expensive in collecting terms. However, I can’t see Julia being too happy to find we were on baked potatoes and beans until the end of the month because I’d blown the housekeeping. She’s very patient with me, but even she has her limits. 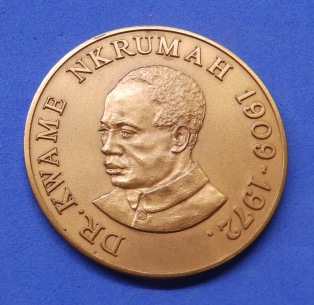 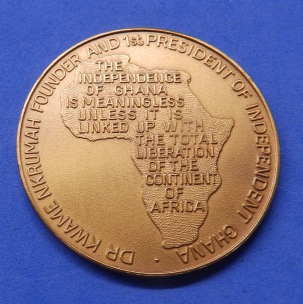 The first medal celebrates the life of Dr Kwame Nkrumah. I presume it was made in 1972 to commemorate his death. It doesn’t have a pier on it, but it does have a map of Africa and some interesting history behind it.

He was 63 when he died, just two years older than me. In that time he had achieved independence for Ghana and established a fame that still endures. That doesn’t leave me with much time for achieving something as I’ve loafed away my first 61 years and all I have to show for it is a small collection of  medallions.

The second one marks the Cambridge University Press’s move away from hot metal to digital printing. 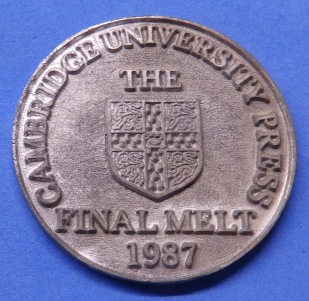 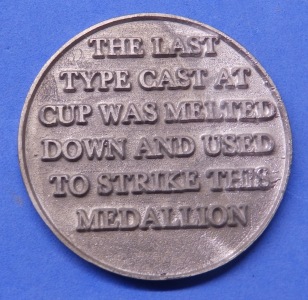 This isn’t an elegant medal but it marks the end of an era. It was £6, including a box and explanatory leaflet.

I aim to spend around £5 on a medallion, which allows me to complete the century for around £500 and lets me buy something regularly. A collection needs regular additions. Or an addict requires a regular fix, depending on how you view collectors.

Looks like I missed the midnight deadline. I remember thinking it was 11.40 and time was pressing. Then I woke up at 12.10 sitting in the computer chair. I left it another eight hours before posting, as my ability to edit improves greatly after sleep.

13 thoughts on “The Medallion Collection”