I have four days to go before the end of my 100 post challenge. Hence the title.

Apart from that, I am short of inspiration.

I had a look round the MENCAP garden this morning. Here are some photographs.

Composting operations are going well, and the woodchip has all been tidied away. There’s even a scarecrow to guard the woodchip piles. This is an important part of the garden as the “soil” is, in places, only a few inches deep over the builder’s rubble that was left after the rebuilding of the school. 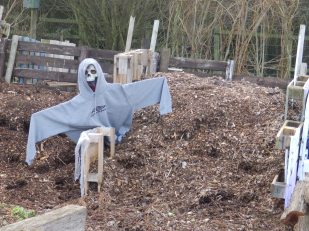 I wondered where that top went…

There is plenty of bird life about to, though they mainly manage to hide behind branches and prevent my autofocus working. Apart from the normal birds we also have a variety of gulls, terns, ducks, geese and cormorants flying overhead as we’re just the width of a path away from the River Trent. There were gulls and cormorants this morning but nothing stopped to pose for me. 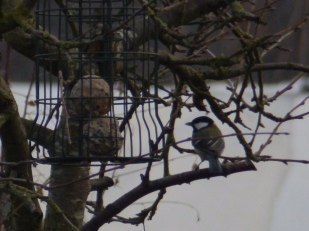 A big project for the coming year is reskinning the smaller polytunnel. That’s what happens when you don’t have a policy of replacing things until they fall apart. Ideally, for you should reskin them after about three years as they become opaque and less light gets to the plants. This one has lasted seven or eight years so it hasn’t done badly. It finally became so brittle that it simply gave up. Julia taped it back together last winter but there’s now nothing to stick the tape on. 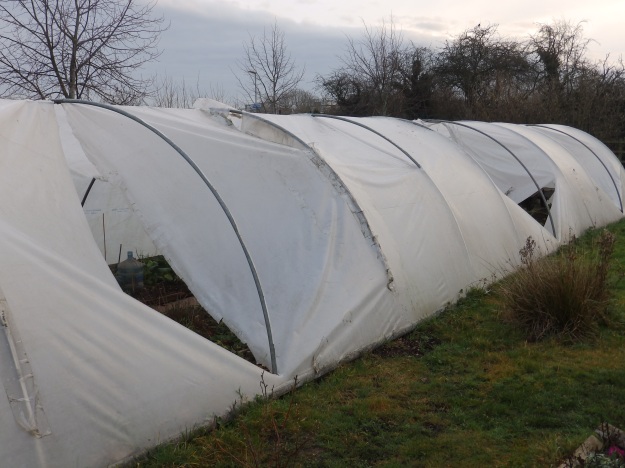 At least there is a good cropof broad beans coming along…

15 thoughts on “Four Days to Go. And Snowdrops.”